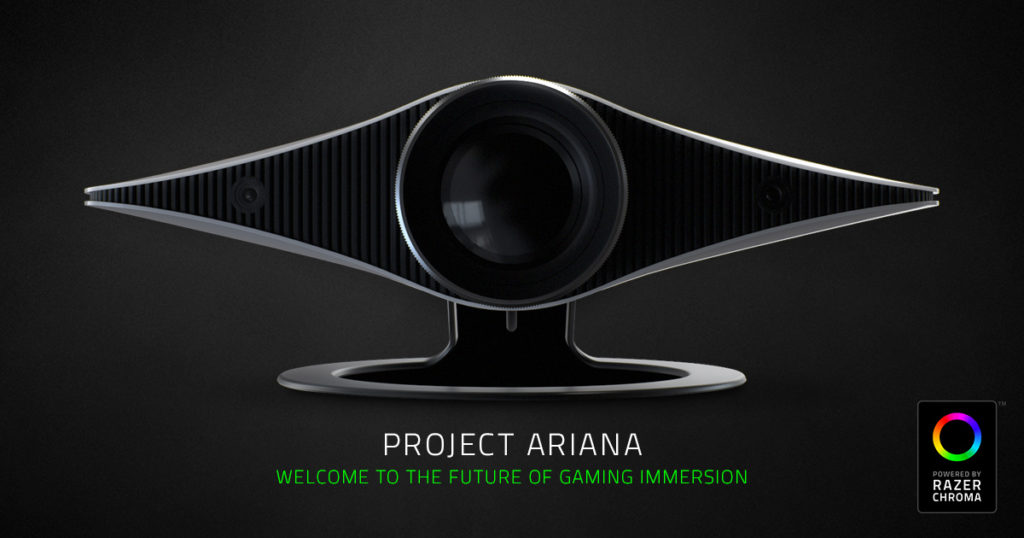 If you’ve ever wished that the games you were playing on your PC could leak out and paint themselves on the room around you, today is your lucky day. Razer’s “Project Ariana,” revealed at CES today, does exactly that by using a smart projector to expand the graphics of your favorite game far beyond the bezels of your screen.

Using a projector to expand the borders of a screen is not a novel idea. It was also the premise behind the Microsoft “IllumiRoom,” which showed extremely well in some demos a few years ago, but never actually came to market. Razer’s version comes in the form of a projector that you would actually physically mount to your ceiling, and then hook up to the PC you’re playing games on.

The catch, besides what seems like it would be fairly annoying installation, is that the feature would need to be supported by the game, though Razer says the functionality is pretty easy to patch in. That makes sense given that the expanded projection is a relatively small amount of new imagery, stretched out to fill the whole wall. The same generally effect can be achieved in many games using built-in settings that allow a player to expand the field-of-view and get a bit of a fish-eye effect.

Like Razer’s Project Valerie, Ariana is a concept, with no locked-down price or date of available. But Ariana might be slightly less of a fantasy, with Razer hoping to bring it to market sometime later this year if the demand is there. The demand, and the wall space.